This just a flesh wound

Daniel. I'm sure you are entertaining my dad with that golden fiddle now

Smart $ is on either JH or myself. 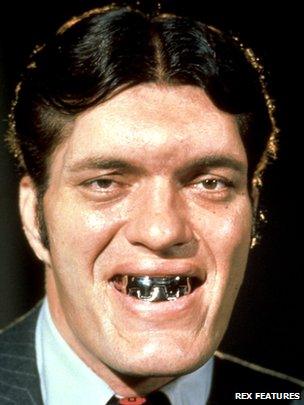 I hope he gets the help he needs in the form of ringkong being his rapist.

looks like the tide is turning on tUrban.   Looks like buh-bye.  Maybe he'll 'quit' for 'health' reasons <rolleyes> again.

I am sure that Disney's loss on ESPN is more than made up by the additional revenue from LongWhorn's Network.... <snicker>  or not

It was the correct call to shitcan BP because Nebraska needs to shed all the old guard fans of Bob Devaney & Tom Osborne.  Damn fine job they are doing.  I hope NU gives MR the 4-5 more years he needs to complete his make-over of the Huskers.

I think you meant to say "fuckyoucchorn"

Now get off my lawn

Had a nice thick ribeye at The Green Bottle in Hunstville prepared sous vide.  My co-workers were ribbing me about being particular when it came to ordering steaks, and we had been directed here by some of the local's we were working with during the week.  The waiter asked if I would like to speak to the chef, and the guys all wanted him to come out and assure me his steak was worth ordering  I have been all over the country with several of these guys, and they had seen me send back steaks at Ruth's Chris', Fleming's and just about every other steak joint we visited.  Hey, if you are charging an arm and a leg for a meal, it had better be damn good or I will get in your grille.  Actually, they barred me from ever coming back to one of the Ruth's Chris', not that I care.  Fucking worthless over priced piece of shoe leather that you can get at Denny's for breakfast.  And I told them as much.  The manager didn't appreciate it.  Fuck him.

Anyway, the chef takes me back to the kitchen an he has maybe 8-9 glorious ribeyes (bone on) sitting in a sous vide bath at 120°.  His take was he can leave the steaks in the for a long time (his had been in for 12 hours) and the meat cannot over cook.  He let me select a steak (they charged by weight and I didn't take a small one) and he pulled it out, opened it up and threw it on a 700° grille to sear it.  Brought it out with asparagus spears (grilled naturally) and garlic mashed potatoes.  Spot on medium rare (125 for me°) completely through and through.  Wonderfully tender and since it had been cooking for so long, the flavors (garlic, butter, etc) had penetrated nicely into the meat.  Just as HH said.

Fucker was awesome!  I was kind though, and let each of my table mates have a bite (there really was plenty) so they could understand what a good steak actually tasked like.  They all agreed that it was the best steak they ever tasted.  One guy asked where else he could get a steak this good.  I looked him dead in the eye and said "My backyard"

That being said, sous vide rocks.