He went deep and came up short


48 replies to this topic

He went deep and came up short.

Former Jet quarterback Brett Favre allegedly threw a Hail Mary pass to a comely young sideline reporter for the team, sending her an embarrassing slew of steamy propositions and lewd photos, according to a sports-news Web site.

The voice mails and MySpace messages -- as well as three raunchy pictures of a man's genitals -- were posted in a cringe-inducing two-minute video on the sports blog Dead spin.com.

The string of missives and voice mails was purportedly an attempt by the married grandfather to charm buxom brunette beauty Jennifer Sterger, who is currently a co- host of "The Daily Line," a nightly sports roundup that airs on cable's Versus network.

The gray-haired grid great sidestepped questions yesterday at a press conference in Minnesota, where he now plays for the Vikings, who will play the Jets Monday night. "I'm not getting into that. I've got my hands full with the Jets," a stone- faced Favre, 40, said about the Deadspin report.

The gravelly voice caught on tape sounds remarkably like the quarterback propositioning Sterger, 26, a former Playboy pinup, in voice mails from 2008, when both were with Gang Green.

In one, Favre allegedly drones, "Just got done with practice. Got meetings here for a couple more hours, then I'm going back to the hotel to just chill.

"So send me a text. So I'll be in the building for a couple of hours. But, uh, I know [unintelligible] came up and asked ya for your number or gave you my number. But I understand. Send me a text. I'd love to see you tonight. All right, talk to you later. Bye."

Deadspin reported the Maxim model would not comment on the record about the messages, but told the site last winter that she joked to a Jet exec that she wouldn't date someone as high-profile as Favre because she "might end up in a garbage can."

This thread is worthless without pics... 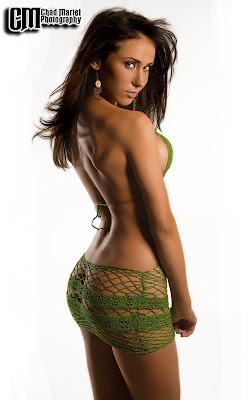 Since BF is on MNF:

Thank you for keeping Ring's next planned post one of his dreams!

I had the ban hammer ready

Hey Willie, we all know what your screensaver is.

Hey Willie, we all know what your screensaver is.

We really want to know what the back of BCW's head looks like?

Spoiler
Favre takes a football to the nuts in practice

I can't say that I blame him for trying though!

Favre's wife cites faith amid scandal
NewsCore
Deanna Favre, wife of Minnesota Vikings quarterback Brett Favre, on Thursday declined to discuss the situation involving her husband's alleged propositioning of a Jets employee in 2008 but said her faith would help her deal with with the scandal.

Appearing on "Fox and Friends" to promote her new book, "The Cure for the Chronic Life: Overcoming the Hopelessness That Holds You Back.", she said, "I won't go into anything personal. But faith really is my crutch. It has always been my crutch. It gets me through."

In a separate interview on Good Morning America, Deanna was asked how she's handling the accusations against her husband, who is being investigated by the NFL for allegedly sending suggestive messages and lewd photos to a woman who worked for the New York Jets.

She did not address whether the allegations against her husband are true or false.

Deanna Favre had not made any television appearances or given any interviews since the sports blog Deadspin posted on Oct. 7 a video montage containing voice messages and racy photos that her husband allegedly sent to former New York Jets sideline reporter Jenn Sterger while he played for the team.

The 41-year-old, future Hall of Famer, who has refused to comment on the accusations, met with NFL security on Tuesday to discuss the matter. There has been no official word on an outcome from the meeting.

Information from the Associated Press was used in this report.

The NFL's investigation of Brett Favre's apparent propositioning of a New York Jets employee is on hold until it can be proven that the Vikings quarterback sent the lewd photos in question, TMZ reported Friday.

According to the report, the NFL is investigating Favre's behavior as a workplace harassment issue, not as a possible violation of the league's personal conduct policy.

Two weeks ago the sports blog Deadspin posted a video montage containing voice messages and lewd photos allegedly sent by Favre in 2008 to then-Jets stadium reporter Jenn Sterger. Favre was playing for the Jets at the time.

The league reportedly needs Sterger's phone or phone records in order to prove that the messages were from Favre. TMZ reports that Sterger still has the photos, which have been turned over to her lawyer, Joseph Conway.

"We just spoke to the NFL. We are continuing our dialogue, and all options are still on the table," Conway told TMZ.

The 41-year-old future Hall of Famer, who has refused to comment on the accusations, met with NFL security on Tuesday to discuss the matter. Sterger hired Conway this week in anticipation of being questioned by the NFL.

Sterger, 26, now hosts The Daily Line on cable channel Versus.

Glazer, speaking on the FOX NFL pregame show, said a source informed him that Favre claimed responsibility for the voice messages during his meeting with NFL security on Tuesday.

Favre is being investigated for potentially violating the NFLs personal conduct policy after allegations that the future Hall of Famer sent Sterger inappropriate messages while he was playing for the team in 2008. Favre currently plays for the Minnesota Vikings.

Sports news website Deadspin sparked the controversy on October 7 when it posted a video montage containing the voice messages and racy photographs allegedly sent by Favre.

The New York Post reported Saturday that Sterger, who is currently the host of The Daily Line on cable channel Versus, has yet to decide whether she will meet with NFL officials to discuss the accusations against the quarterback.

"Jenn's willingness to cooperate with the NFL's investigation is not for sale," Sterger's manager Phil Reese said, denying a report that a financial settlement with Favre would buy her silence. "This decision is ultimately Jenn's to make, and hers only."

The former model, who has remained silent throughout the investigation, hired legal counsel Wednesday  one day following Favres meeting with NFL security.

Glazer reported the NFL was hoping to wrap up its investigation by next week, but that may depend on Sterger's decision to meet with the league. He's 70 years old and plays for Minnesota, I can't think of two better reasons to ignore anybody. Just let this shit die. Granted, he could get the Vikes back to 3 and 3 tonight if they get past the fudge packers, but anything which happens in the NFC is by definition irrelevant.

Wondering who this woman is that has Brett Favre in deep, deep doo-doo? Her name is Jenn Sterger and youve probably seen pictures of her rooting for Florida State while wearing a very low cut top.

She works on the Versus nightly sports show, The Daily Line and according to her bio, she is more than just a pretty face. (In other words, she has fake boobs too!)

She was apparently discovered by Brent Musburger on an ABC telecast of an FSU game when, during a shot of Sterger and her friends in the front row, Musburger said, 1,500 red-blooded Americans just decided to apply to Florida State.

Go Big Red!
Back to Football